Advertising Images Has Kansas Digital Billboards to Effectively Target Your Customers. Get Noticed in Wichita and the Surrounding Areas!

Whether you need a billboard in Kansas City, Topeka, Newton, Mulvane, Hutchinson, Great Bend, Haysville, Augusta, Andover, Maize, or Wichita – we have you covered for Midwest and Kansas billboards. Advertise and be seen in the busiest Kansas areas to get your business more traffic!

Our locations provide Kansas billboard coverage at the busiest thoroughfares in the city of Wichita and surrounding areas. This includes the highest traffic points and the busiest intersections in Wichita (according to KDOT). 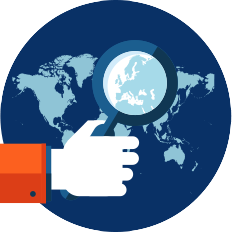 People spend 70% of their waking hours outside their home.

The majority are driving in cars and traveling the streets seeing billboards on a daily basis. They cannot be put down, shut off or fast-forwarded vs. other forms of media.

Digital Outdoor advertising is the most cost-effective form of media.

With the ability to run multiple messages and easily change creative billboard artwork, digital outdoor advertising is an efficient and cost-effective way to communicate with your audience using digital Kansas billboards. Calculate your cost quickly and easily!

Mouse over to view billboard size and artwork specifications.